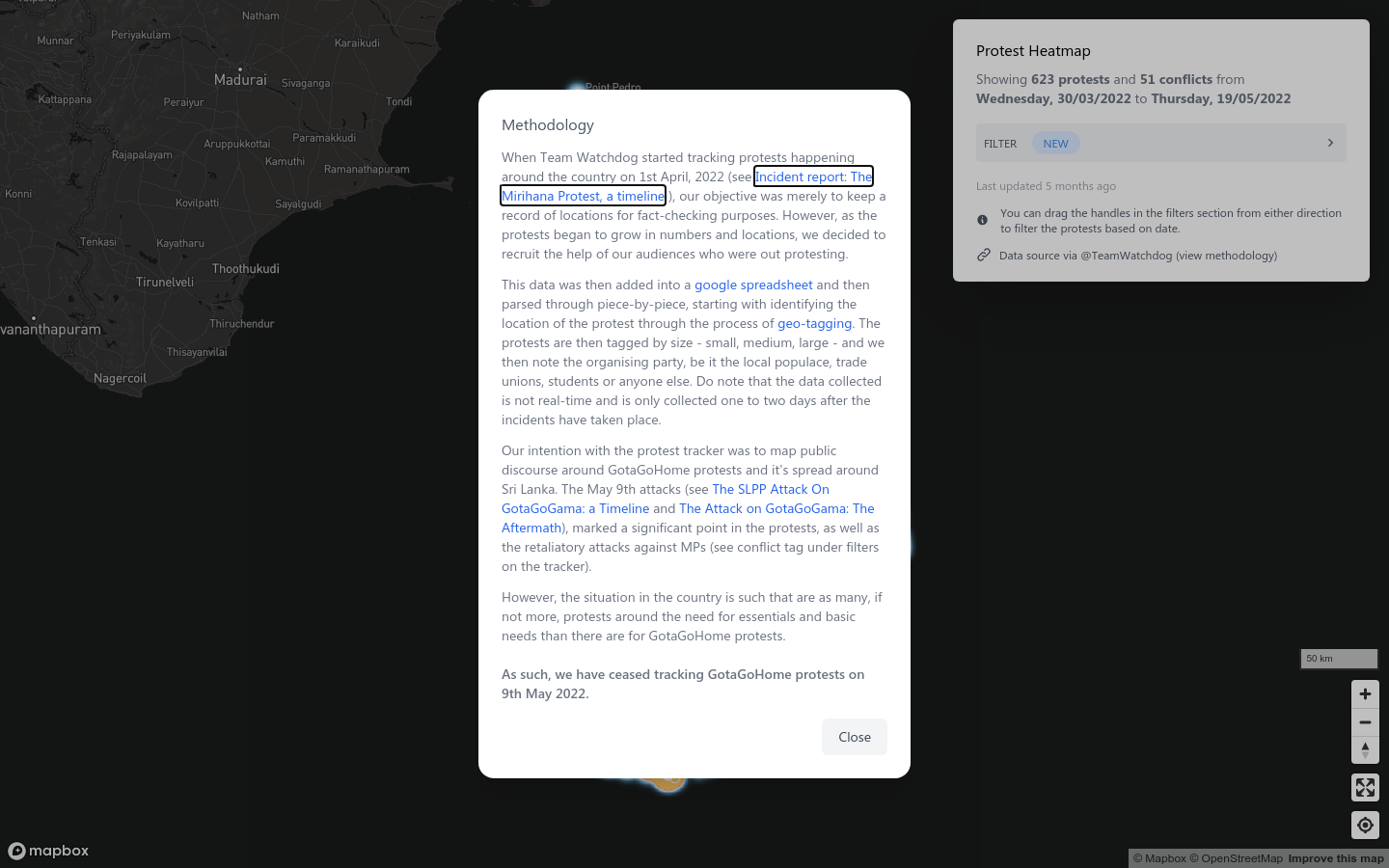 Our intention with the protest tracker was to map public discourse around GotaGoHome protests and it's spread around Sri Lanka.

When Team Watchdog started tracking protests happening around the country on 1st April, 2022 (see Incident report: The Mirihana Protest, a timeline ), our objective was merely to keep a record of locations for fact-checking purposes. However, as the protests began to grow in numbers and locations, we decided to recruit the help of our audiences who were out protesting.

This data was then added into a google spreadsheet and then parsed through piece-by-piece, starting with identifying the location of the protest through the process of geo-tagging. The protests are then tagged by size - small, medium, large - and we then note the organising party, be it the local populace, trade unions, students or anyone else. Do note that the data collected is not real-time and is only collected one to two days after the incidents have taken place.

Our intention with the protest tracker was to map public discourse around GotaGoHome protests and it's spread around Sri Lanka. The May 9th attacks (see The SLPP Attack On GotaGoGama: a Timeline and The Attack on GotaGoGama: The Aftermath), marked a significant point in the protests, as well as the retaliatory attacks against MPs (see conflict tag under filters on the tracker).

However, the situation in the country is such that are as many, if not more, protests around the need for essentials and basic needs than there are for GotaGoHome protests.

As such, we have ceased tracking GotaGoHome protests on 9th May 2022.