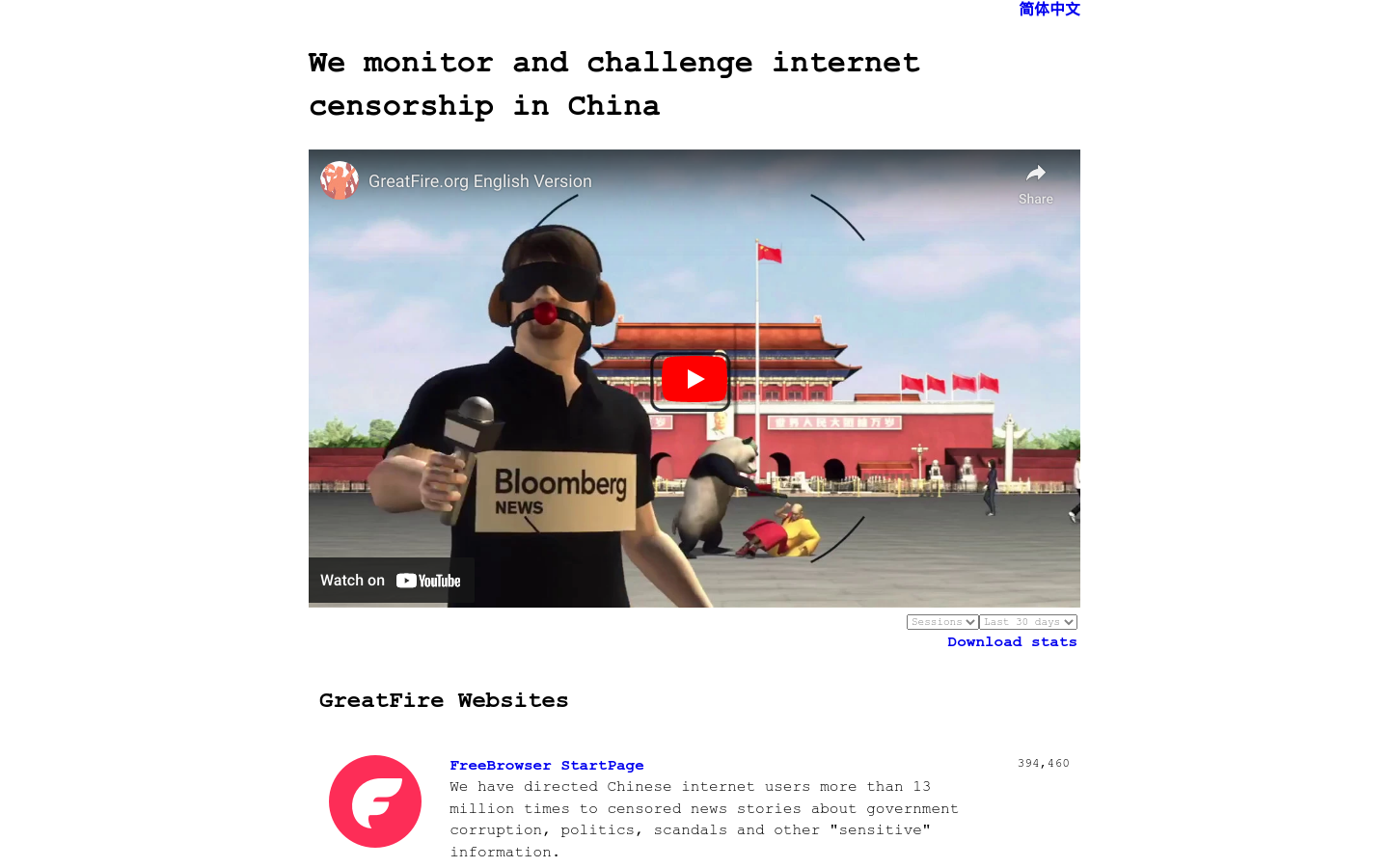 We monitor and challenge internet censorship in China

FreeWeChat No other website restores and republishes censored information from WeChat, China's ubiquitous and most popular application. Our dataset grows larger each and every day and provides a real-time and accurate litmus test of the information that the Chinese authorities find most threatening.

FreeWeibo We mimic the look and feel of the real Weibo website, but instead of presenting a "harmonized" version of the popular social media network, we restore and integrate censored and deleted posts (currently numbering more than 300,000), so that Chinese can access a real-time view of the real discussions that are taking place online in China. Circumvention Central No other website tests the speed and stability of free and paid circumvention tools from China. We provide an unbiased, data-driven view of what is working and what is not so that Chinese can make informed decisions when choosing a circumvention tool. GreatFire Analyzer No other website has accumulated as much data as we have around the blocking of websites and keywords. We make ourselves available to the media and have been quoted in thousands of news

Apple Censorship Apple actively censors their own App Stores all around the world and reveal few details on which apps they censor and why they even censor in the first place. With AppleCensorship.Com, GreatFire aims to expose Apple’s widespread censorship and its consequences, and to change the way Apple manages its App Stores.

RedirectWhenBlocked Thousands of websites are blocked in China. One approach to tackle this is to create mirror websites.