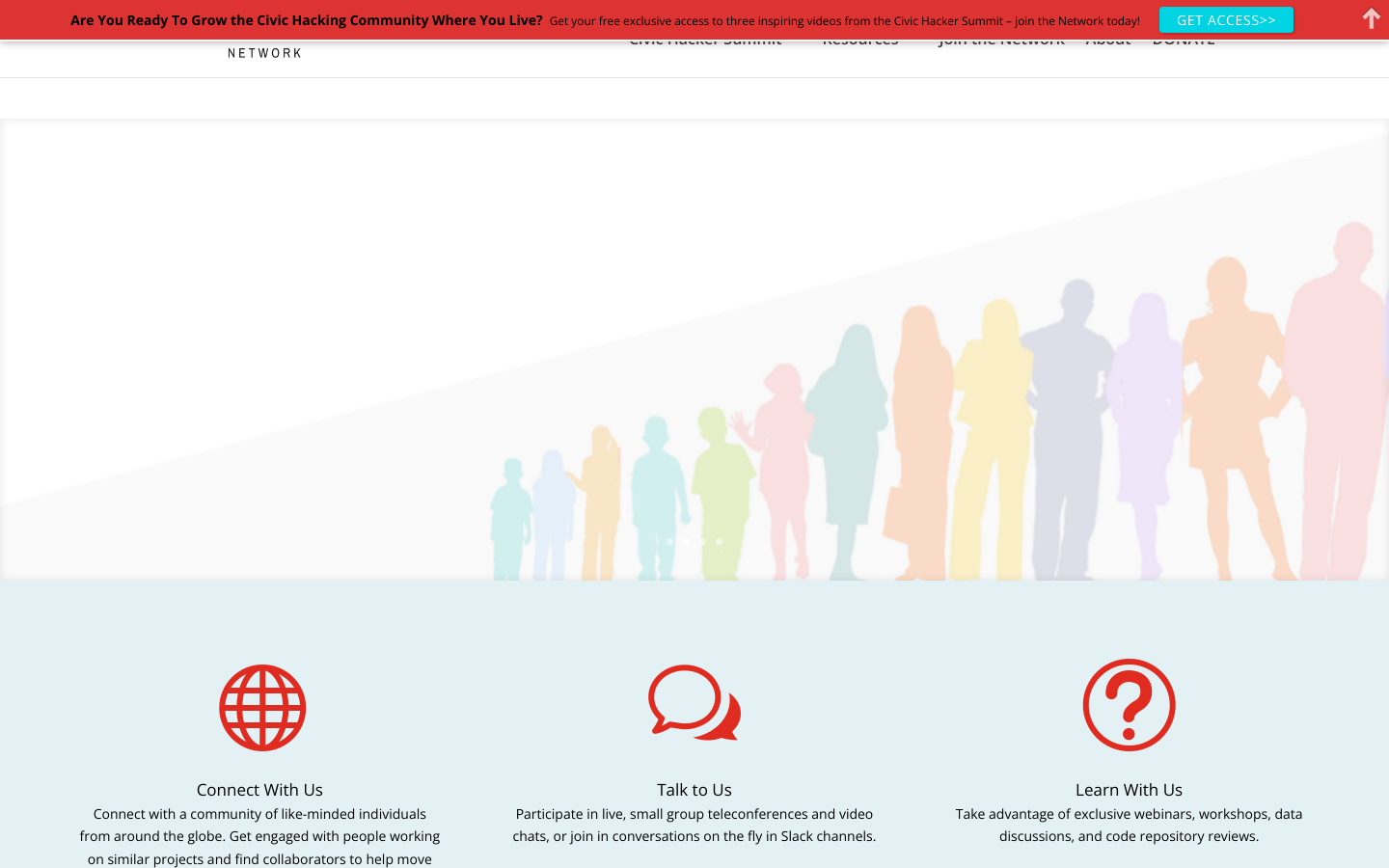 International networking and support hub for those creating change in their communities through data and technology.

Lori Mcneill created the Civic Hacker Network to support and grow a community in the aftermath of the first annual Civic Hacker Summit. This network provides an avenue for keeping the conversation going and holds space for further relationship-building between annual summit events. Professionals in the social sector and other areas of civic life want to engage with and learn from volunteer civic tech and data groups, and vice versa. The collective feedback from participants was that they want to connect their often siloed efforts with the work of others engaging in similar projects, anywhere in the world. Anyone who is interested in using data and technology to address issues in their communities and beyond, or who has expertise they want to lend to other engaged citizen analysts and technologists, is welcome to become a member of the Civic Hacker Network. For example, Civic leaders, Social sector program directors, Social impact grant-makers, Analysts, Data scientists, Developers, Designers, Civic Tech Groups, NGOs, Social Enterprises / B Corporations and Impact investors.