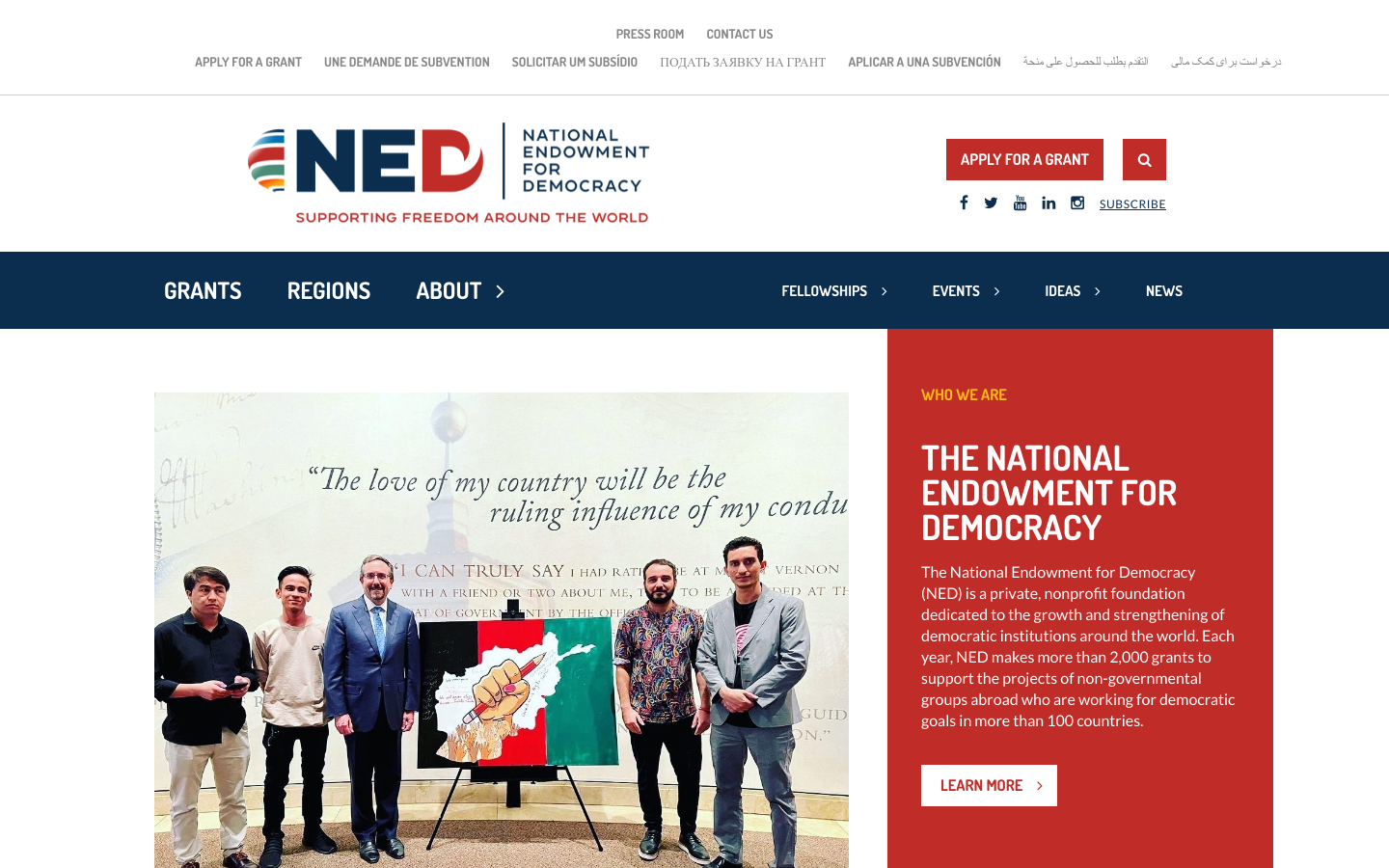 The National Endowment for Democracy (NED) is an independent, nonprofit foundation dedicated to the growth and strengthening of democratic institutions around the world.

Each year, NED makes more than 2,000 grants to support the projects of non-governmental groups abroad who are working for democratic goals in more than 100 countries. Since its founding in 1983, the Endowment has remained on the leading edge of democratic struggles everywhere, while evolving into a multifaceted institution that is a hub of activity, resources and intellectual exchange for activists, practitioners and scholars of democracy the world over.