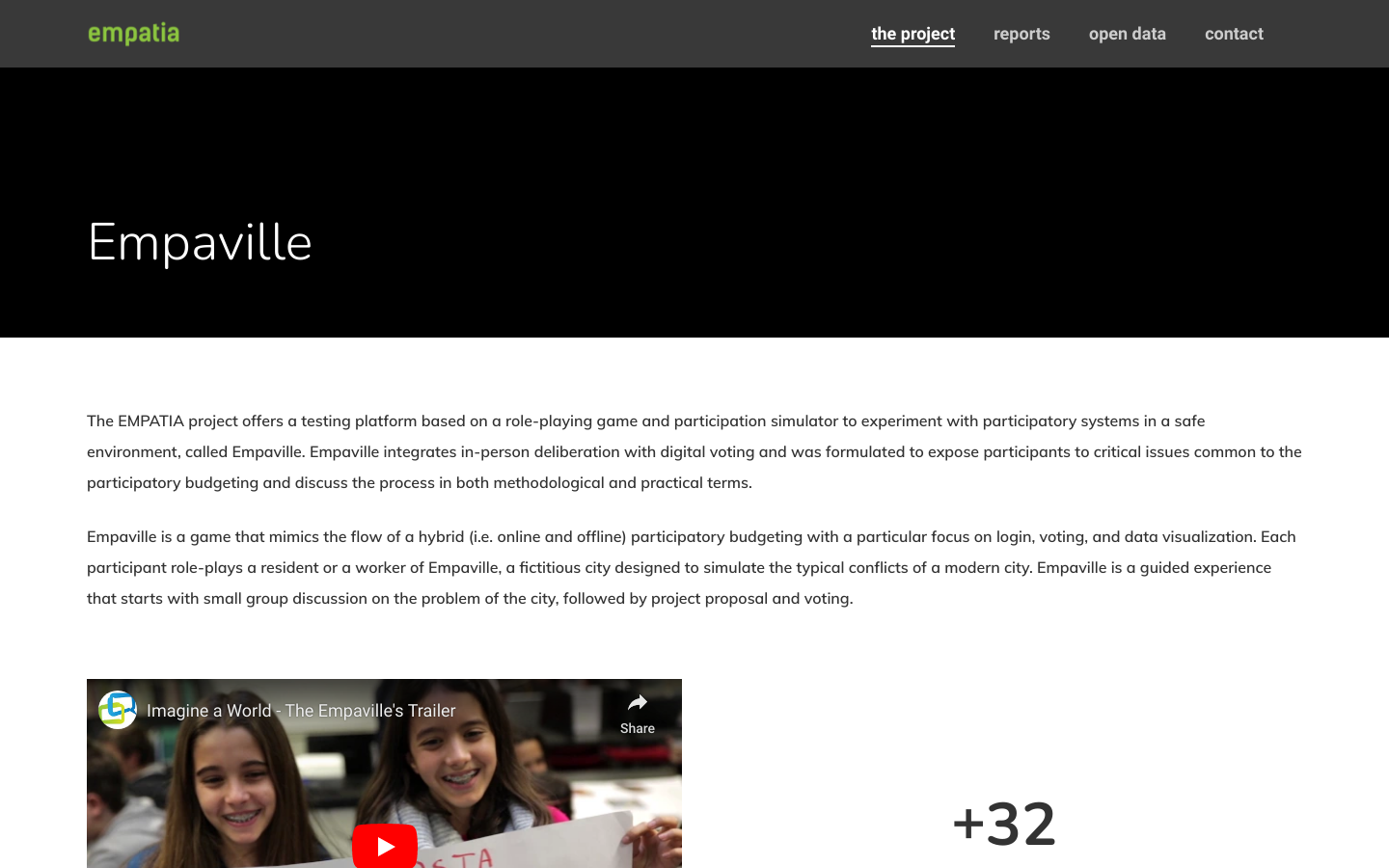 The EMPATIA project offers a testing platform based on a role-playing game and participation simulator to experiment with participatory systems in a safe environment, called Empaville. Empaville integrates in-person deliberation with digital voting and was formulated to expose participants to critical issues common to the participatory budgeting and discuss the process in both methodological and practical terms. Empaville is a game that mimics the flow of a hybrid (i.e. online and offline) participatory budgeting with a particular focus on login, voting, and data visualization. Each participant role-plays a resident or a worker of Empaville, a fictitious city designed to simulate the typical conflicts of a modern city. Empaville is a guided experience that starts with small group discussion on the problem of the city, followed by project proposal and voting.